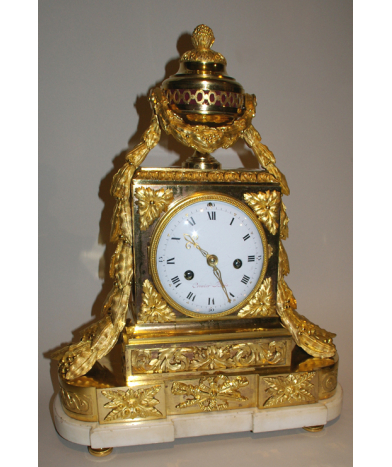 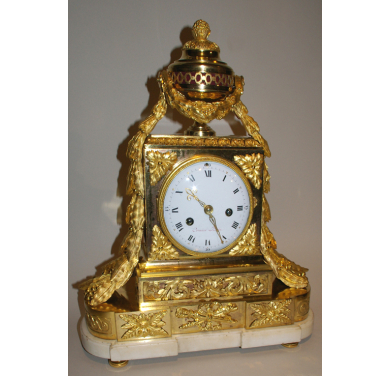 Neoclassicism was born from a reaction against the flamboyant rocaille style characteristic of the reign of Louis XV. Under his successor, Louis XVI, the virtues of logic, symmetry and rectilinear lines were greatly cherished.

This clock is crafted in engraved, gilt bronze, and rests on a projecting base of white marble. It is richly decorated with garlands of laurel, blossoms, foliage and scrollwork. Crowning the piece is a pierced bronze urn which reveals glimpses of red velvet.

During the Louis XVI period, clocks of the “borne” shape became very popular and were eagerly brought into wealthy homes.

The white enamel dial figures the name of the clockmaker and the city in which he worked, “Cronier Paris”. Clocks marked “Paris” which were still are the most sought after models in France.