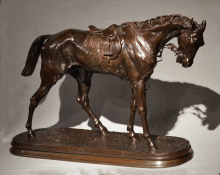 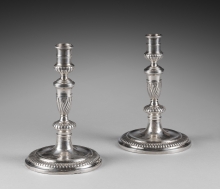 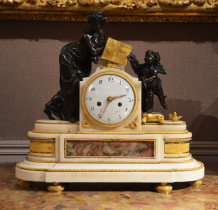 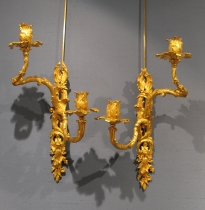 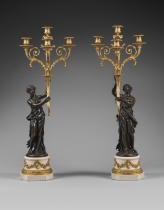 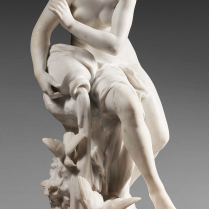 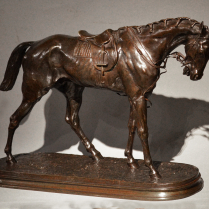 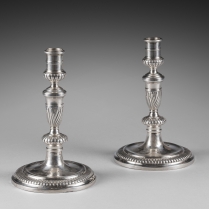 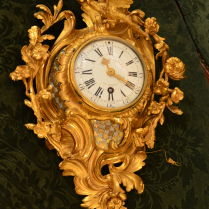 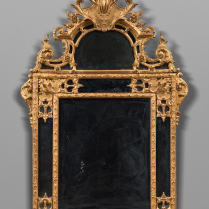 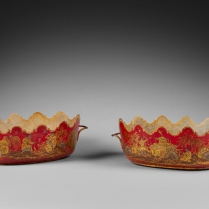 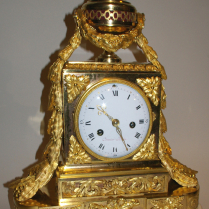 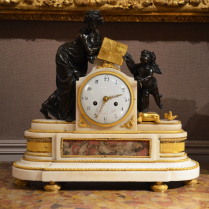 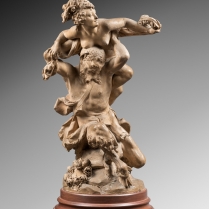 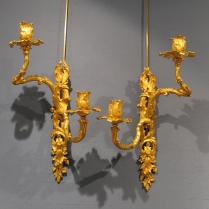 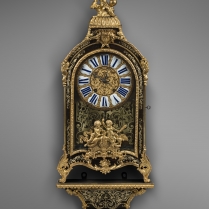 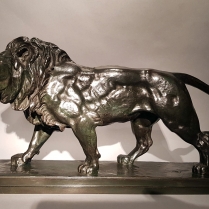 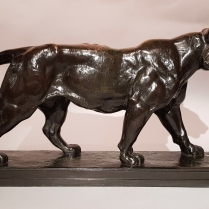 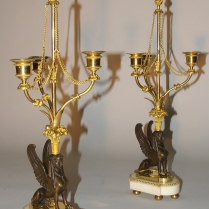 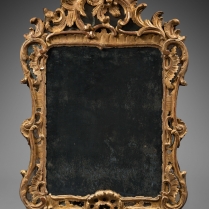 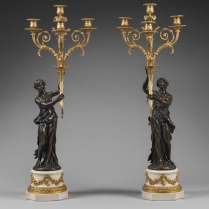 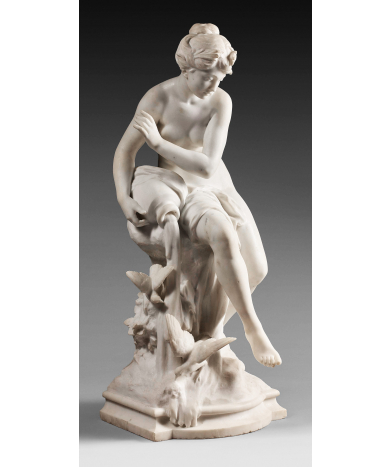 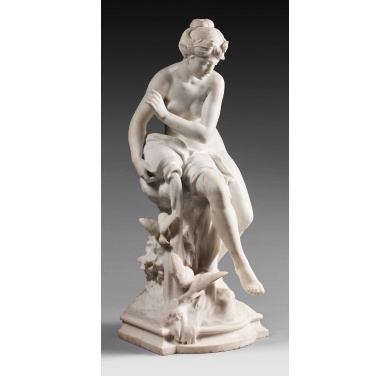 Mathurin Moreau was admitted to the École des beaux-arts of Paris in 1841. He won the Second Grand Prix of Rome with Diodème at the age of 21, winning the Palladium. He was a prodigy that left hundreds of monumental works throughout the world including: at the esplanade of the National Assembly in Quebec, the courtyard of the Musée d'Orsay in Paris, and when passing through the Al Tahra Palace in Cairo. His talent can be seen on fountains, sculptures and public monuments in dozens of countries.

Mathurin Moreau collaborated with the Val d'Osne art foundry, where he was the director. For the collaboration, Mathurin Moreau produced about one hundred models of decorative objects and statues from which numerous bronze and cast iron sculptures were created.

Evidently, Mathurin Moreau has far less original marble statues. They were quickly hailed and acquired by the French State, such as La Fileuse (1861) which was bought for the Musée du Luxembourg. In addition to his activity as an official sculptor, Mathurin Moreau produced a series of smaller marble statues that were presented at the Salon des Artistes Français. The statues were often subjects of mythology such as Daphnis and Chloé, which is conserved at the Musée d'Orsay. Our marble is part of this series. "The Source" was sculpted by Mathurin Moreau and he did not make it in one sitting. Each time he went back to it, he made modifications.

From 1879 until his death, Mathurin Moreau was the mayor of the 19th arrondissement of Paris. 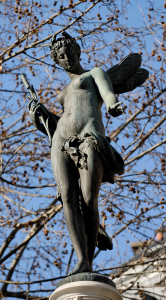