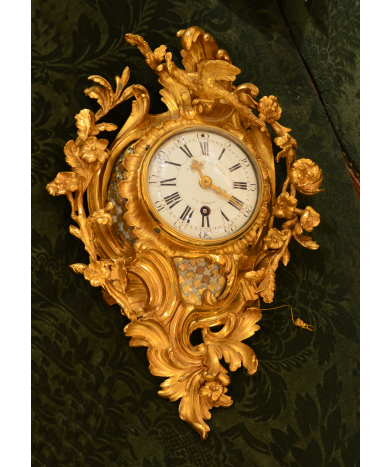 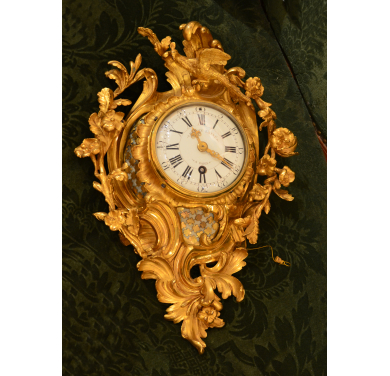 The reign of Louis XV announced the end of solemn, pompous lines and the birth of masterpieces full of exuberance and fantasy.

Of a very rococo style, this elaborate wall clock of engraved, gilt bronze presents a decorative scheme of interlacing stylised acanthus leaves, flowers and a grid of quatrefoils. It is mounted by a stately eagle with spreading wings. The white enamel dial features two fine, gilt openwork hands which indicate the time.

This clock, called a cartel d'alcove or a cartel de chevet, is affixed with a pull cord which, when tugged, announces the hour; a very convenient amenity for checking the time at night. The movement is signed by Bailly the Elder.

Joaquim Bailly was active on Paris' rue Saint-Honoré, and later moved his workshop to rue Dauphine in 1772. He always signed his movements "Bailly l'Aîné".