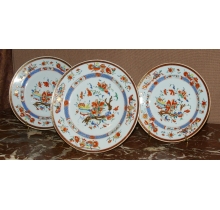 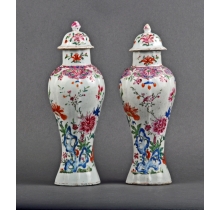 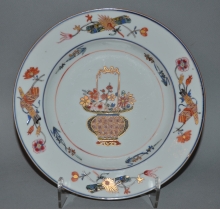 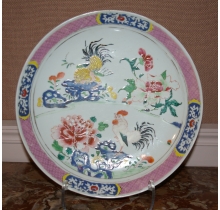 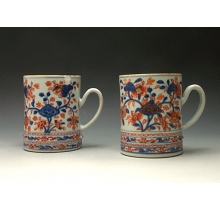 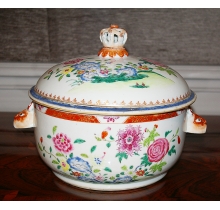 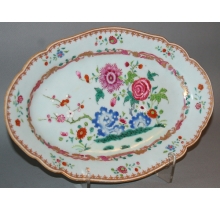 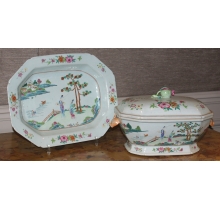 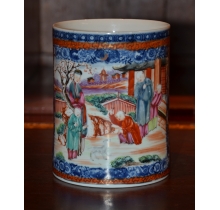 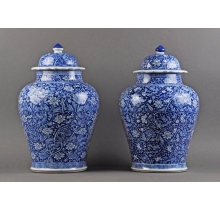 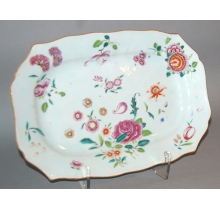 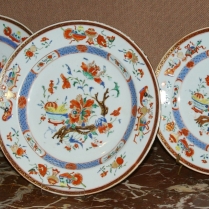 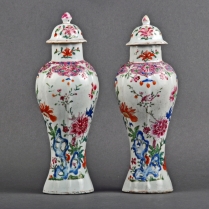 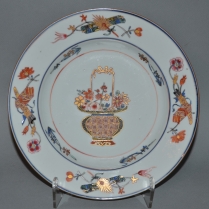 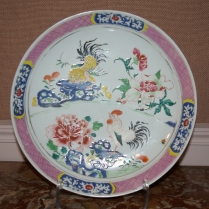 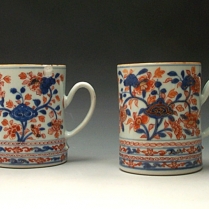 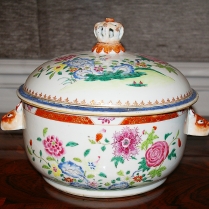 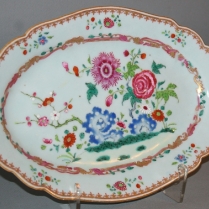 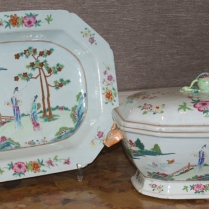 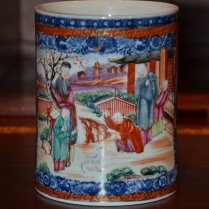 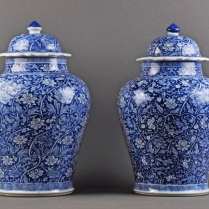 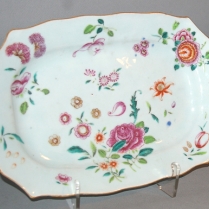 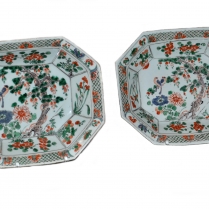 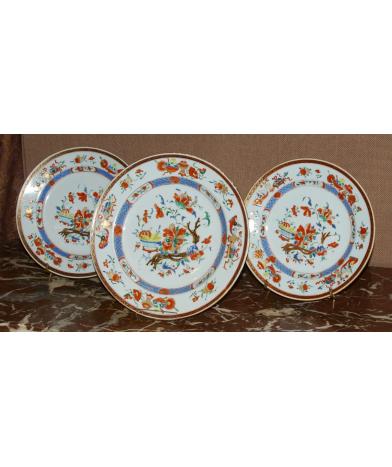 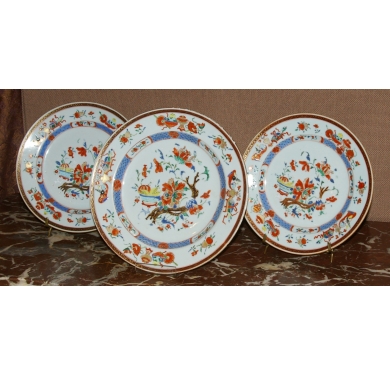 These plates belong to the production known as “porcelain from the East India Company’s famille rose”, which was made primarily for exportation to European markets.
Famille rose, or pink family, ceramics sport polychrome decorative schemes in which rosy tones dominate.
The décor is rendered sur couverte, or after a preliminary firing of porcelain covered in transparent glaze.
Colours are fixed during a second firing at 800° C, called de petit feu.
This type of decoration appeared during the reign of Emperor Yongzhen (1723-1736) and continued to develop under Emperor Qianlong (1736-1796). The reign of Emperor Qianlong is intimately linked to the history of exchanges between the Occident and the Far East during the seventeenth and eighteenth centuries.
It was a Dutch chemist named Andreas Cassius who first discovered the formula for pinkish enamels in 1650. The key was a purple mineral, known forever after as Purple of Cassius, which is a precipitate obtained from gold salts.
The Chinese quickly procured the formula for Purple of Cassius and called it the “foreign colour”, because although some pink glazes were employed on ceramics for the Chinese market, most famille rose pieces were destined for European consumers.
Scholars formed a privileged class in ancient Chinese society; their knowledge of the Confucian classics permitted them to become civil workers and steer the course of the state. During their leisure time, scholars would devote themselves to poetry, painting, calligraphy and even to alcohol, which encouraged friends to meet and discuss ideas. A worthy scholar possessed the Confucian virtues, like honesty and rectitude, however, some turned towards Taoism to escape mundanity, seeking refuge in nature and contemplation.