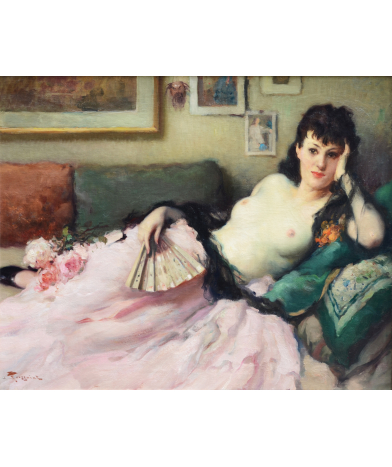 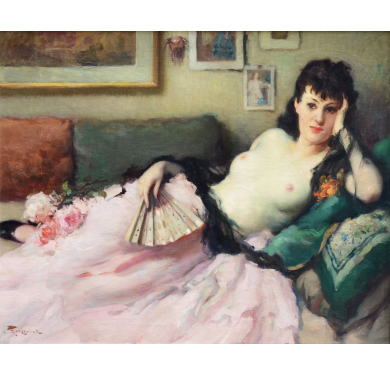 A Naked Woman with a Fan

Fernand Toussaint was born in 1873 in Brussels to a wealthy and cultured family.

Very early on in his life Toussaint shows an interest in painting. At the age of 15 he joins the Académie Royale des Beaux-Arts in Brussels where he takes classes taught by Jean-François Portaels, who was known for his innovative and demanding teaching.
In 1891, he moves to Paris to pursue his apprenticeship with Alfred Stevens.
Toussaint had a soft spot for female portraits that were painted by great masters such as Nicolas Lancret and Maurice Quentin de La Tour. He later made that subject his specialty.
He was an artist that had a refined taste and also had a talent in painting flowers.
Toussaint exhibited at the Artistes français of Paris, where he was awarded a medal of 3ème classe in 1901.