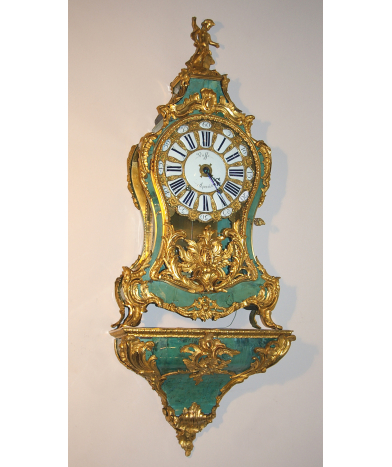 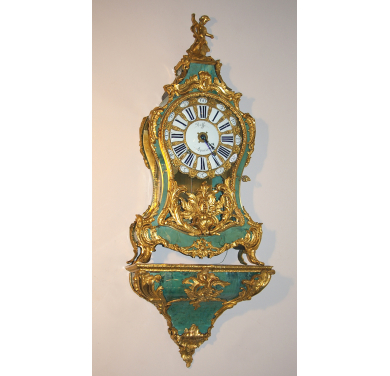 The reign of Louis XV announced the end of the straight line in the decorative arts, and the creation of exuberant and fanciful masterpieces.

This wall clock in green horn veneer presents a repertoire of beautiful bronze rocaille ornaments, finely engraved and gilt. Stylized acanthus leaves, various other kinds of foliage and an open pomegranate all contribute to the décor. A triumphant putto crowns the clock.

The dial is comprised of twenty-five enamel tiles which are embedded into gilt bronze and indicate the hours and minutes.

The center of the movement is prominently signed "Vasse A Paris."

This exceptional clock is impressive for its period and is in an excellent state of conservation. It is equipped with a pull cord that, when tugged, gives the current hour; a particularly convenient feature for checking time at night.