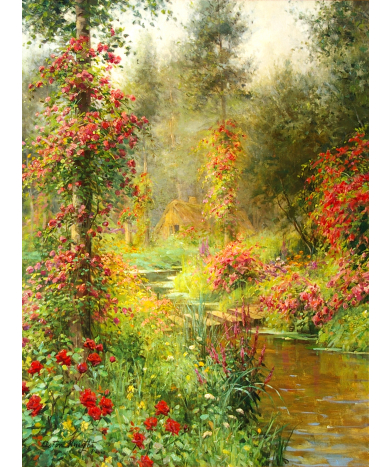 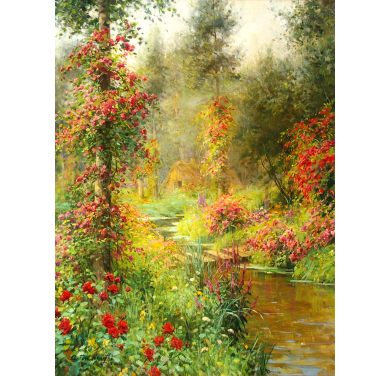 Provenance: Maison Ch. Pottier (Paris, France)
French School, oil on canvas signed bottom left and dated “1927” on the back of the frame

Louis Aston Knight was born in Paris in 1873.
He was of American origin, but was active in France.

Louis Aston Knight was the son and student of Daniel Ridgway Knight.
He also worked with Jules Lefebvre and Tony Robert-Fleury.

He exhibited at the Salon of Paris from 1894-1924. He also exhibited in various exhibitions in Province, France.
In 1900, he won a bronze medal at the Exposition Universelle.

He skillfully practiced painting landscapes that were always lit by a soft light, and near a sheet of water.