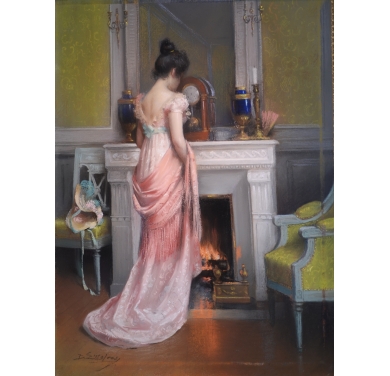 A Young Woman in Front of a Fireplace 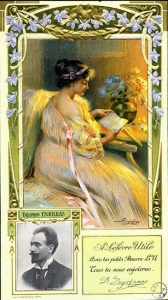