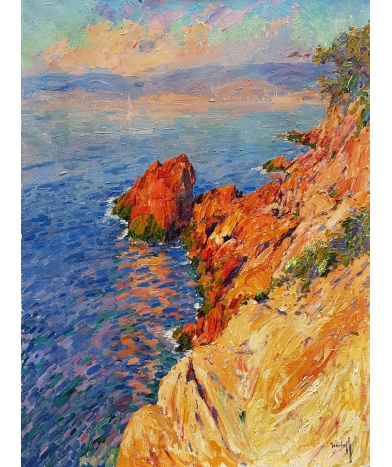 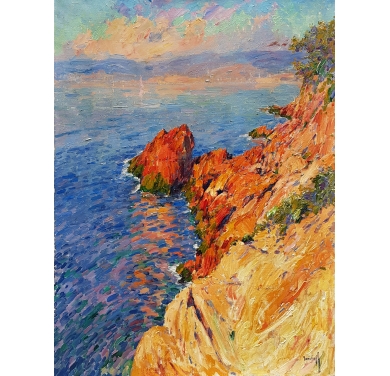 Alexandre Isailoff is the son of Russian immigrants who settled in Marseille shortly after the birth of their son in 1869. Isailoff studied at the Ecole Nationale des Beaux-Arts de Marseille, where he had the chance to meet the most important painter of the school of Marseille at the time, Jean Baptiste Olive. Isailoff travels to Paris and discovers the artistic effervescence that reigns there. At the end of the 19th century, the impressionist movement evolves towards different currents, among which an art where color literally explodes, Fauvism. Isailoff quickly turned towards this artistic movement of post-impressionism, certainly influenced by the power of the works of Vincent van Gogh. Thanks to the classical training received at the school of fine arts, and the influence of Jean-Baptiste Olive, Isailoff will produce remarkably well composed paintings.

In fact, we have very little information about this still unknown painter. The small number of works on the market is probably correlated with an early death, the exact date of which is unknown. But it is interesting to note that, despite a relatively low international reputation, the Musée d'Orsay acquired a very fine work by Alexandre Isailoff in 2010, "a great decoration for a café or brasserie".

This work is all the rarer as it is a large format work whose subject is the emblematic site of the red rocks of the Esterel. This sunny navy is boldly composed around a diagonal cut. The divisionist and vividly coloured touch recalls that of André Derain (1880 -1954) who was one of the founders of Fauvism.

Works by Alexandre Isailoff are kept in the museums of Digne, Musée des Invalides in Paris, Musée d'Orsay...